The Liar Princess and the Blind Prince is a 2D side-scrolling action adventure game where the player controls a wolf leading a blind prince through a dangerous forest. It tells the story of the wolf, who gains the ability to transform into a princess, and the human prince, whom the wolf accidentally blinded. After injuring the prince, the wolf lies to the prince that she is a "princess" and takes him to the witch of the forest to heal his eyes.[1]
—Website description

Once upon a time, there was a wolf who lived in the forest. She had a beautiful singing voice that didn't quite match her monstrous appearance. Every night, she would proudly sing toward the moon from high atop a cliff.

One night, after the wolf finished singing, she heard applause coming from below. She glanced down and saw a well-dressed boy looking up. The prince, who was from the kingdom surrounded by the forest, had come to listen to the wolf sing. The cliff was hiding the wolf, however, so the prince couldn't see the voice's identity. Normally, the wolf would have immediately devoured the human prince, but on a whim, she decided to turn a blind eye to him.

After that night, the prince came over every night to hear the wolf sing. The two never exchanged words, and eventually, the wolf forgot all about trying to eat the prince.

On one ordinary evening, the wolf sang her song as usual. However, after she had finished singing, she didn't hear any applause. Curious, she looked down; the prince was climbing the cliff! It seemed he wanted to see the voice's identity with his own two eyes...

But if the prince saw the wolf, he would never come back to listen to her sing again... Panicked, the wolf extended a large paw, attempting to cover the prince's eyes.

But the wolf's paw wasn't suitable to touch someone gently, and her sharp claws tore at the prince's eyes! Taken aback by the sudden pain, the prince tumbled down the cliff and fell unconscious.

Hearing the prince in danger, a soldier from the kingdom ran over to help him. The soldier fired arrows at the wolf, who was forced to retreat deep into the forest.

The prince no longer came to hear the wolf sing. No one would ever praise the wolf's song again—not now, not ever.

The wolf eventually discovered that the prince haed become blind. His parents had locked him in the castle tower for bringing shame to the royal family. Refusing to accept his predicament, the wolf decided to sneak into the castle tower.

The wolf found the prince, now dressed in rags, sitting on the cold floor of a dark cell. His face was wrapped in dirty bandages, presumably to hide his ugly scars.

The sight of his poor figure made the wolf's heart ache, as she was the one who had blinded him. She had no idea how to approach the prince in his current state. After a while, she tentatively called out to him.

The intelligent prince heard someone nearby, realizing that it was the singer from the forest. But he had no idea that the singer was the same monster who had hurt him.

Taking advantage of the prince's blindness, the wolf immediately lied to him. "I'm a princess from a neighboring kingdom. I came here to see you. Let's ask the witch of the forest to heal your eyes."

The wolf knew that deep in the forest, there was a mysterious witch who could make any wish come true...if people paid the appropriate price.

She looked at her monstrous claws; she knew that if she touched the prince again, she might kill him. The wolf promised the prince that she would come back for him, then sprinted toward the witch's house.

She was going to become a "princess" who would rescue the prince from the dark and dreary tower.[2]
—Website description of "The Tale"

The story revolves around a wolf with a beautiful voice singing in the woods. A prince hears the singing and follows the sound to its source. He encounters the wolf who scratches his eyes in fear, causing the prince grievous facial injuries and making him blind. The king, who detests the prince's current visage has him imprisoned. Remorseful in regards to the incident, the wolf visits a witch who will grant her a wish if she is granted compensation in return. The wolf gives up her singing voice and is granted the ability to transform into a princess. Thus, her quest to bring the prince to the witch in order to heal his sight begins. As the wolf does not wish for the prince to know of her true identity, she lies and tells him that she is a princess from a neighboring country. 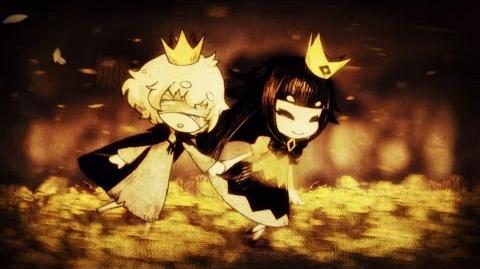 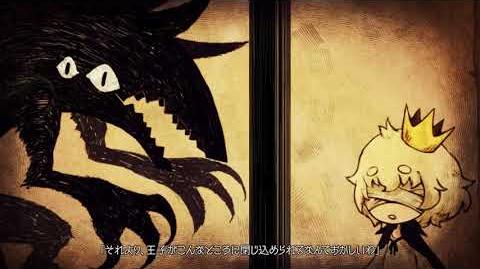 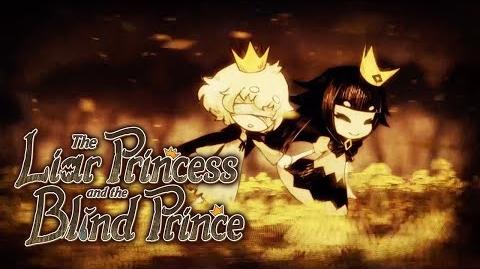 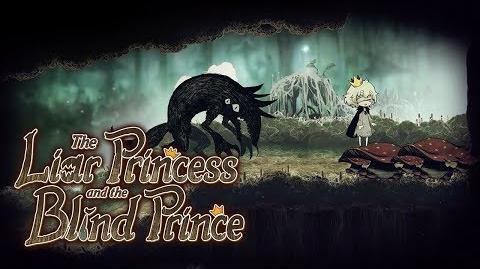 The Liar Princess and the Blind Prince - How we will survive (PS4, Nintendo Switch)
Worldwide version gameplay trailer.
Add a photo to this gallery

Main Visual.
Add a photo to this gallery

Retrieved from "https://nippon-ichi-universe.fandom.com/wiki/The_Liar_Princess_and_the_Blind_Prince?oldid=4449"
Community content is available under CC-BY-SA unless otherwise noted.